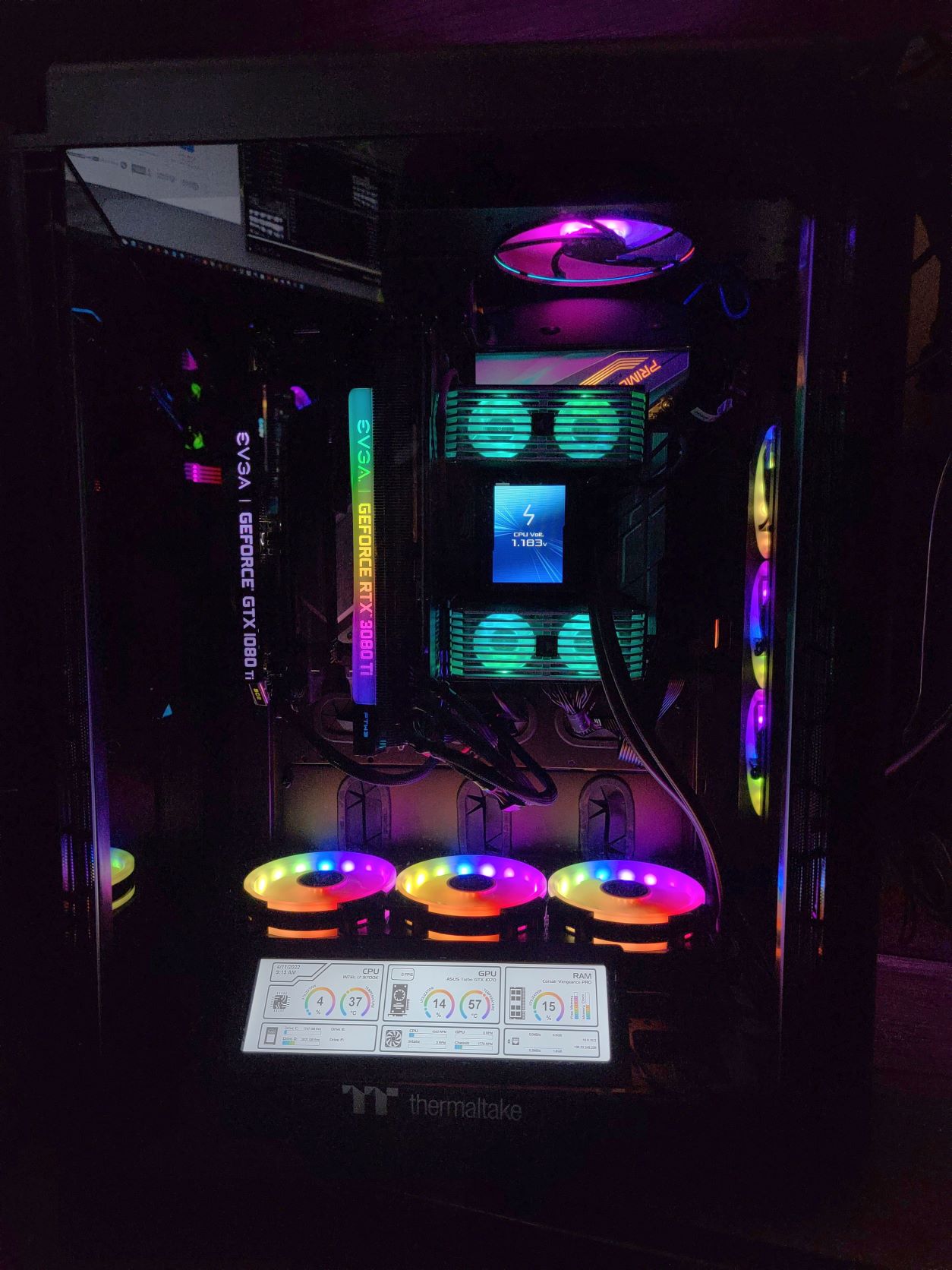 As I have previously mentioned, building a shack like SDRzone requires a lot of thought, planning and lesson learning.  Hundreds of cables supplying power, video connectivity, network connectivity and antenna connectivity.  There is also technology refreshes to consider as well.  And this post is about refreshing the strategy and computer technology.

Well you know how it is, you always want something faster and in my massive station rebuild I felt it was time to make some changes.  The motherboard in Hamzilla was causing me some issues and I was limited to light duty due to some back surgery so it was time to plan the rebuild.  I also was going to sell off the Flex 6700, however I decided to give it a try on my Intel NUC PC.  Once I did I could see I had some network issues.  Well, all this added up to a great deal of work and expense to resolve and resolve it with room to grow.  The idea of One PC to rule it all died!  So to be concise lets just spell the situation out.

These principals if you will are backed by the idea that a lot of the new SDRs today are coming with PC's built in already.  My MB1 is a perfect example of integration and stability.  Thew difference in performance and stability witnessed with the Flex and Anan having dedicated control networks and or direct attach to the PC was highly notable and desirable.  Is this a revelation for me, nope, its always made perfect sense, I simply had to get there.

How to make over HamZilla was difficult deciding.  I was very very close to upgrading the whole enchilada with new CPU and RAM, however, I thought better to wait on a few more generations of CPUs and Motherboard standards.  So the compromise was to beef up the graphics and speed a bit in such a way that much of the build will be ready for another Motherboard and CPU and DDR5 Ram in the future.  Below is what was refreshed.  The 1080 TI Graphics Card and 64GB  Platinum DDR4 Ram was kept.

Performance Test Benchmark before 7142, after 7523.  I suspect with more tuning it will score even higher. 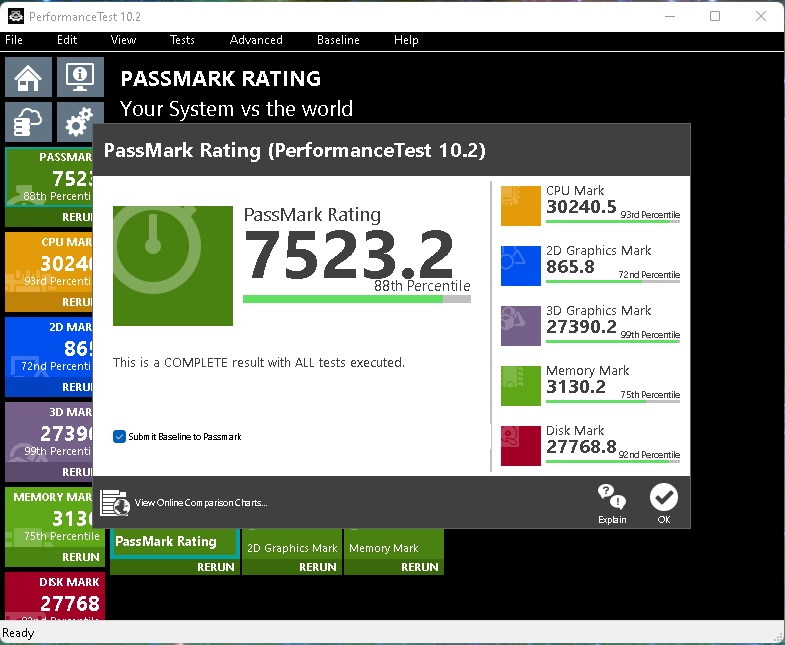 Net Net this was a good refresh for HamZilla and the PC boots much faster and is much more stable.

Lets move on to the next PC!

What to name the new beast?  Well, since it was going to tower over HamZilla, I just went with GodZilla.  So, Zonies, meet GodZilla!

It features fast a super fast CPU and Graphics Card, Ultra Fast Storage and Fast DDR4 Ram.  The idea was to produce a real barnstormer for the Flex 6700 and monitoring setup I have planned for it. 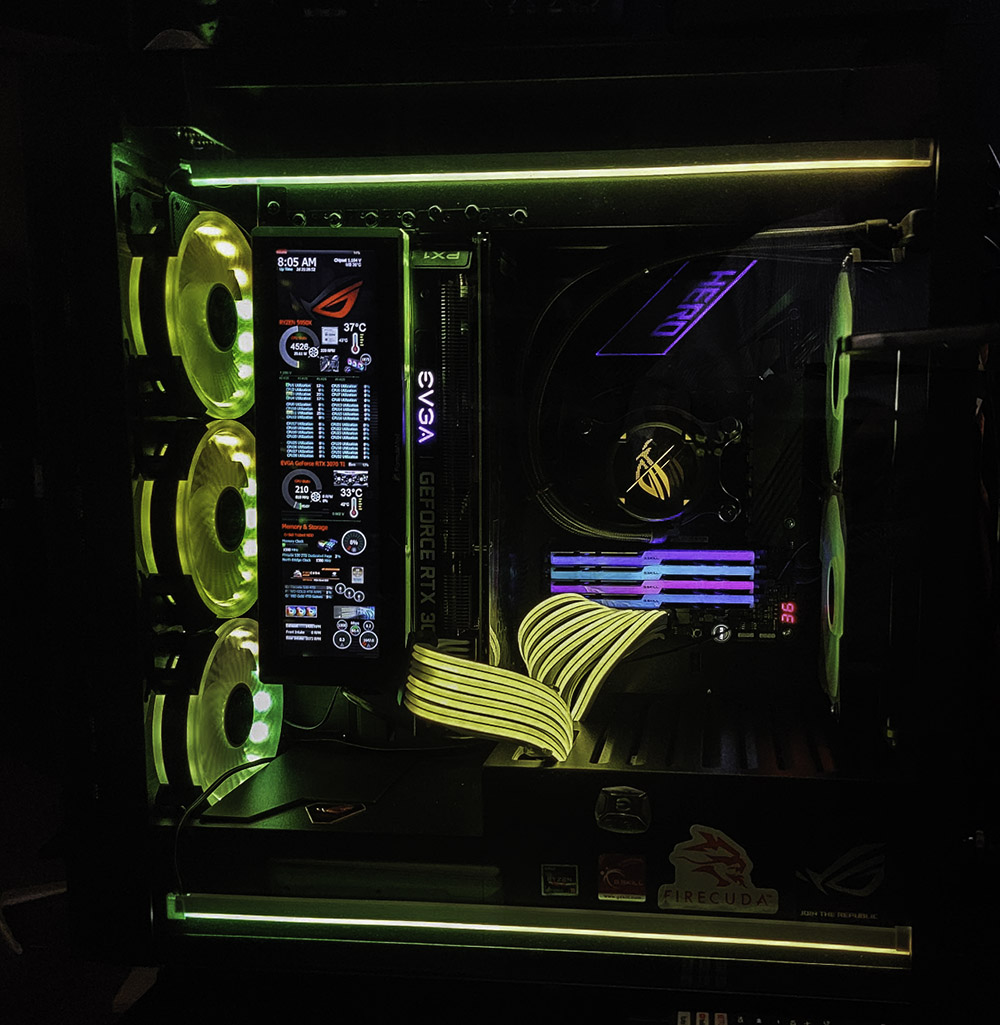 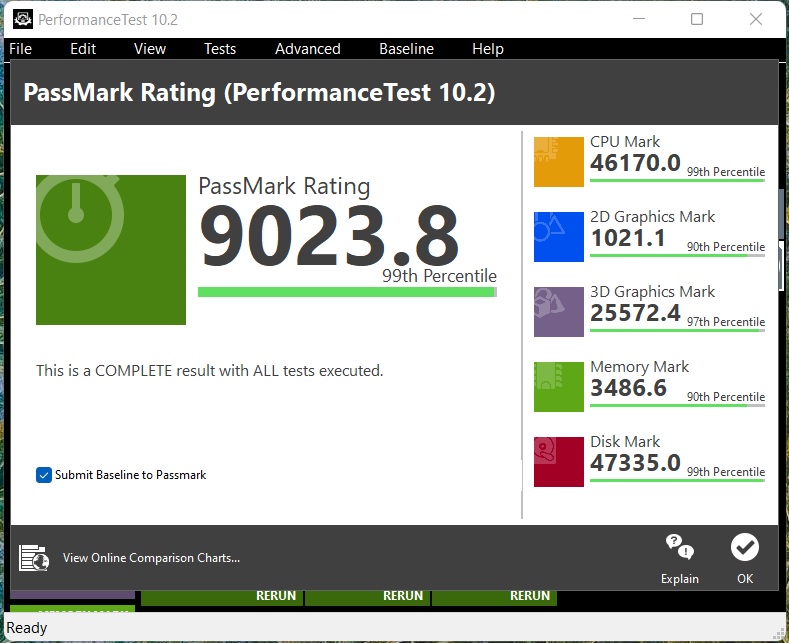 As you cans see the goal was achieved.  For those that may follow this path, just be careful that low pricing on parts are not the route you take.  I chose a very solid midrange motherboard for this machine and stuck with EVGA on the graphics card as they continue to review better than others in terms of stability and support.  Cheap parts with poor support don’t help much in the long run.

If you start comparing the two machines’ benchmarks you can see that despite using a highspeed NvM2 SSD drive in both machines, the faster bus in Godzilla enables the drives to perform much faster.  This is one downside of not having fully rebuilt Hamzilla, however, the parts will perform better in a few years when I go to upgrade the CPU, MB and RAM.  Invest in CPU cooling, the better cooler in Hamzilla yield higher overclocking with greater stability.  Hamzilla has gone from 30% overclocked to 41-45% now.  One thing that might cause you to scratch your head is that each machine has a dedicated SSD for the paging file, this also yields better performance as the paging has unhindered access to operate.  Here are a few more notes on all this.

By way of this post I have shared how the shacks compute has evolved and some of the strategy behind the choices made.  In this series we will go through the rest of the path to shack version V12 by discussing the networking and security next followed by the radios and programs that will be used as I move forward.

As always I hope you enjoy these post as well as find them helpful and inspire you to explore some of these concepts on your own!